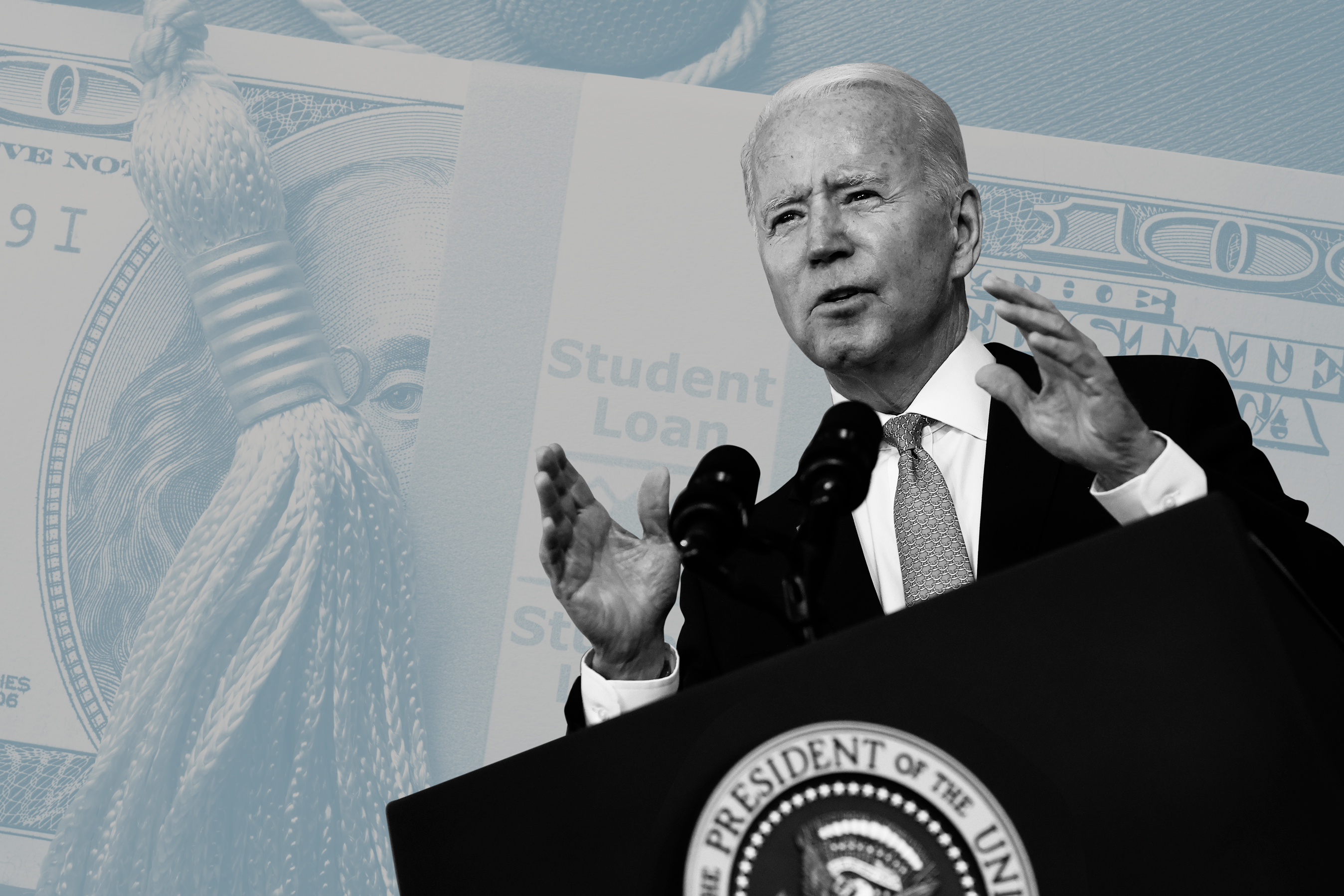 On the campaign trail, President Joe Biden pledged that he would make student loan forgiveness a top focus as president. So far, however, none of his broader proposals to reduce some of the $1.6 trillion in federal debt have come to fruition.

But Biden didn’t completely neglect his promise; his administration has discharged nearly $10 billion in student loan debt since January. That’s more than either of the previous two administrations canceled in their first year in office.

Here’s a closer look at who’s benefited from student loan forgiveness so far this year, and the likelihood of a widespread student loan cancellation initiative.

Who has qualified for student loan forgiveness so far?

Though a plan for national student loan cancellation seems to be on hold for now, the Biden administration has awarded targeted forgiveness under existing programs. So far, more than half a million borrowers have seen their debts entirely wiped out, largely through two types of discharges.

The first, called borrower defense to repayment, focuses on borrowers who were defrauded from their schools.

“To be eligible for this program, a borrower’s school must have misled [students], or engaged in other misconduct of certain state laws,” said Jacquie Carroll, an accredited financial counselor and a regional director for The AccessLex Center for Education and Financial Capability.

Just last week, the administration canceled the debt of 115,000 former students of ITT Tech, a now-defunct for-profit college that shut down in 2016. That followed two previous cancellations under the same program. Back in March, the Education Department discharged student loan debt belonging to 72,000 borrowers who attended for-profit colleges, totaling about $1 billion in relief. And in June, it canceled another $500 million in outstanding loans belonging to 18,000 former ITT Tech students.

It’s likely there will be additional discharges under this program, because there’s still a backlog of claims from individual borrowers asking for discharges, including students who attended Westwood College, the Marinello Schools of Beauty and the Court Reporting Institute. The backlog was due to the way the Education Department processed borrower-defense claims in the previous administration, which involved calculating the economic harm caused by these schools and awarding loan forgiveness proportionate to that harm. Now, the approval process has been sped up to award 100% forgiveness as soon as an applicant is deemed eligible.

The rest of the forgiveness that’s happened so far this year was through what’s called the total and permanent disability discharge program. In August, the Education Department announced it would automatically cancel $5.8 billion in student loan debt belonging to 323,000 borrowers who were deemed eligible under the program. Earlier this year, it also reinstated $1.3 billion in loan discharges for another 41,000 borrowers who were eligible but failed to verify their earnings.

“The good news is that moving forward, ED plans to routinely cancel the debt of these borrowers when the Social Security Administration makes a determination of their disability status,” Carroll said.

Altogether, that brings the total amount of loan forgiveness approved by the department to $9.5 billion since January of this year, providing relief to nearly 570,000 borrowers. Though that might seem like a big chunk of change, it accounts for less than 1% of all federal student loan debt. Many are pushing the administration to provide more widespread forgiveness beyond these targeted measures.

Ads by Money. We may be compensated if you click this ad.Ad

Pay less on Student Loans. Get more out of life.

Lower your interest rate or reduce your monthly payment.

It’s important to note that all of the debt forgiven under the Biden administration was done under existing programs and regulations. Whether the executive branch can cancel all student debt is a legal debate currently, but Biden himself has said he doubts he has the power and would prefer to cancel debt with the support of Congress. Mark Kantrowitz, a student loan expert and author of “How to Appeal for More College Financial Aid,” agrees.

“The Biden administration cannot implement broad loan forgiveness through executive action — only Congress has the power of the purse,” he says.

Even so, if broad loan forgiveness were going to occur, now is more likely than at any other time, Kantrowitz said, particularly because the pandemic-era pause on student loan payments is coming to an end on January 31, 2022. And though Biden’s current budget doesn’t include loan forgiveness, he has reaffirmed his campaign promise to forgive up to $10,000 in federal student loan debt for certain borrowers as part of his larger education plan.

Several bills have also been introduced to tackle student loan forgiveness. For example, the Student Loan Relief Act would direct the Secretary of Education to discharge up to $50,000 of federal student loan debt per borrower. And the Strengthening Loan Forgiveness for Public Servants Act would allow borrowers to receive forgiveness under the Public Service Loan Forgiveness program in proportion to their years of payment, rather than requiring 10 years of service before getting any forgiveness. However, Carroll said she is skeptical whether any of these bills will pass given the split nature of Congress.

In the meantime, borrowers who think they may qualify for borrower defense loan discharge or total and permanent disability discharge programs mentioned above can apply online.

There are also several other existing student loan forgiveness options for anyone who qualifies, including

Any borrower who is interested in pursuing one of these programs can get more information and apply on the Federal Student Aid website.

Still learning the basics of personal finance? Let us teach you the major money lessons you NEED to know. Get useful tips, expert advice and cute animals in your inbox every week.

You will now receive Money’s Dollar Scholar newsletter at

Reply anytime to let us know how we can improve. Enjoy!

Make sure we land in your inbox, not your spam folder. We just sent you a welcome email. Sometimes email clients send our first email to a spam or promotions folder. If you don’t see us in your inbox, check these folders, then drag and drop the welcome email into your inbox.