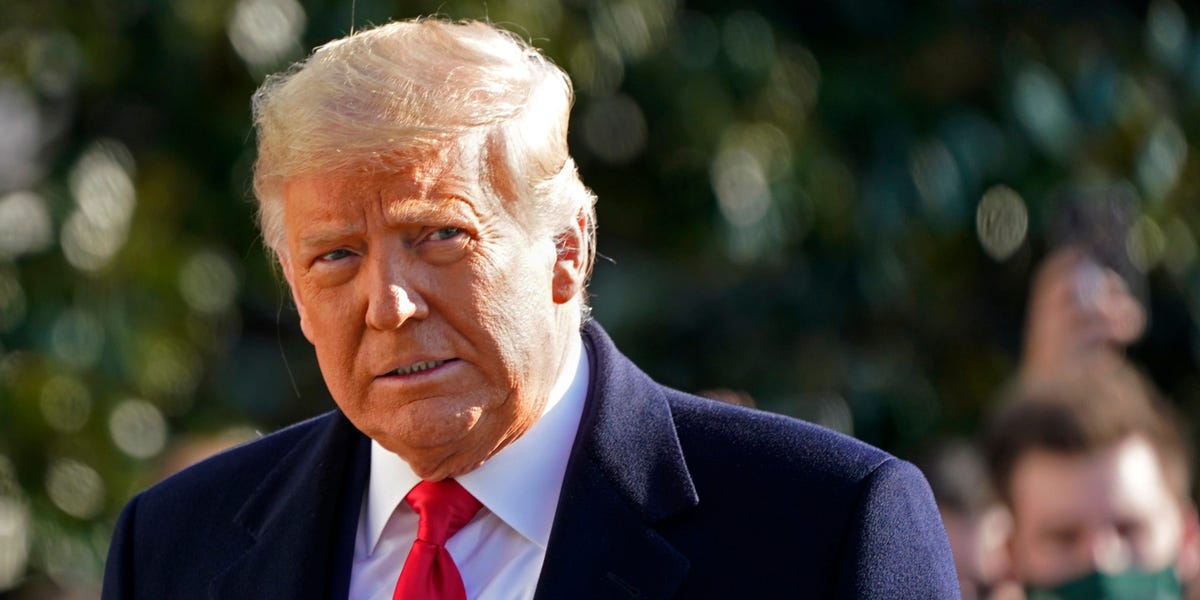 Former president Donald Trump complained about Catholics and Jews who did not vote for him in the 2020 election despite all he did for their communities.

Trump made the comments in a campaigning call on Thursday organized by the religious group Intercessors for America.

“I did a lot for the Catholics. And I don’t know, you know, I’m a little bit surprised that we didn’t do better with the Catholic vote,” Trump said.

“I think now they would give us their vote. I think we got about 50% of the vote. And yet, we did a lot for the Catholic vote. So we’ll have to talk to them. We’re gonna have to meet with the Catholics.”

He pointed to the “situation with abortion” with Democrats, and wondered “how can you vote 50/50?”.

“I just don’t understand how that’s even possible,” he said.

The former president expressed similar disappointment about receiving a low number of votes from Jewish people.

“Look what I did with the embassy in Jerusalem and what I did with so many other things. Israel has never had a better friend, and yet I got 25% of the [Jewish] vote,” he said.

“I think they have to get together. There has to be a little bit more unity with the religious groups all represented on this call.”

The conference call, which included leaders of various Christian and Jewish religious organizations, could be seen as the former president attempting to shore up his conservative religious base ahead of the next election.

During the call, Trump repeated his widely debunked claims that he won the 2020 election and told listeners, “we have to fight like never before.”

The call opened with controversial Christian televangelist Paula White, who worked as Trump’s “spiritual adviser” during his presidency.

Trump and White also took the opportunity to unveil their new National Faith Advisory Board initiative, which closely resembles the Faith and Opportunity Initiative that the former president launched while in office in 2018.

The Jewish Forward described the initiative as an outreach effort to push back against what Republicans describe as the Biden administration’s “anti-faith agenda.”

In the conference call, Trump repeatedly asserted that President Joe Biden and Democrats were doing bad things for religion but did not elaborate on what he meant.

The Catholic Joe Biden is one of the more openly religious presidents in American history. He frequently attends Church and often makes the sign of the cross at public events.

During the call, Trump praised his own record on religion, stating, “I don’t think anyone has done anywhere near as much for our religion and for religion generally than we have in the past four years.”

He later added, “One of my greatest honors was fighting for religious liberty and for defending the Judeo-Christian values and principles of our nation’s founding.”

Donald Trump has previously described himself as a “non-denominational Christian.”

When asked about his own religion during the call, Trump said, “It’s all based around God. It’s so important. God is so important to the success of what we’re doing.”