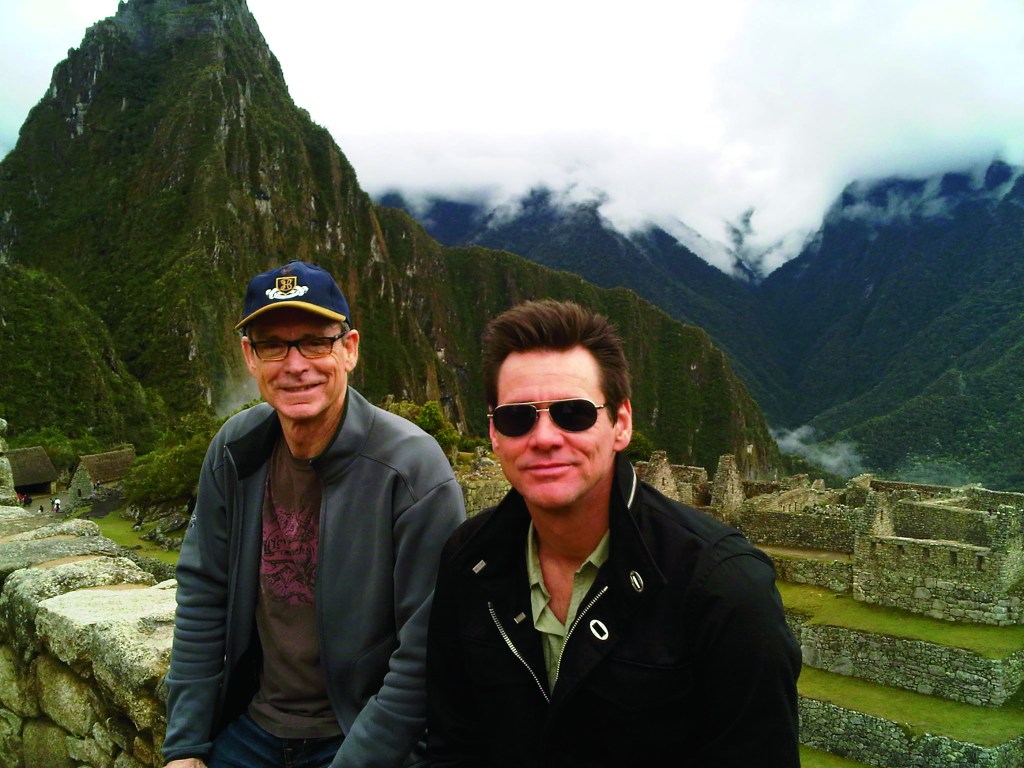 The year was 1987. John Rigney had been at Jess Morgan & Co. since 1972, rising from bookkeeper to business manager. His bosses were like parents to him, but he’d decided it was time to break away and hang out in his own shingle.

Rigney couldn’t take any of the clients he worked with. They were mostly music biz superstars too lofty to be handled by his tiny upstart. But, as he was heading out the door, the firm decided to cut loose a low-earning, none-too-promising client. He was a comedian, thrice rejected by “SNL.” After starring roles in a short-lived sitcom (1984’s “The Duck Factory”) and a low-budget vampire comedy (1985’s “Once Bitten”) failed to ignite his career, he had abandoned the impressions that were the core of his stand-up act and was surviving on $20-a-night gigs.

His name was Jim Carrey. Rigney agreed to take him on.

More than 31⁄2 decades later, Rigney will be honored on Nov. 3 for his 50-year career and his philanthropic efforts at Variety’s Business Managers Elite Breakfast at the Maybourne Beverly Hills. Carrey is still his client at the firm he founded, now known as Level Four Business Management, along with other long-timers who include Samuel L. Jackson, Danny McBride and Jenny McCarthy; directors Luc Besson and James Widdoes; and television writer-producers Salim and Maria Brock Akil.

“It’s evolved in some ways, but I think the mentality of how we do things is still the same as it was back then, which almost led to his ruin before things went very well,” says Charles Clancy, who is one of the quartet of partners in Level Four alongside Rigney, Mark Friedman and Matt Lichtenberg. “If you’re a client, maybe we lose money on you, but we’re going to do it right and we’re going to do it 100%, and we’ll go from there.”

When Rigney took on Kenny Ortega as a client, the future director (“Hocus Pocus,” “Descendants”) had just finished choreographing a yet-to-be-released low-budget movie called “Dirty Dancing” (1987). He was $90,000 in debt and unsure if he’d ever have a decent place to live or a good car, much less savings and investments.

“It was like he was my magician,” says Ortega of Rigney. “Suddenly, I was owning a home and driving a new car. He was able to put me into a place that took away my fears and my anxieties and enabled me to focus on what I was here to focus on. I owe him so much.”

Rigney has also helped people lead better lives through his philanthropic efforts, which include working with the People’s Concern, a Los Angeles-based advocate for evidence-based solutions to homelessness and domestic violence, and time spent as a board member of the Make a Wish Foundation. He’s run multiple charities for clients, including the Sam and LaTanya Jackson Foundation; in the Land of Mara/the Writers’ Colony, dedicated to finding, training and promoting scribes of color; and the Betteru Foundation, created by Carrey to support sustainable innovations to transform people’s daily lives, such as education programs on the SRI method of growing rice.

“We went all over the world holding symposiums for rice farmers and trying to get people to understand what our methods were, because it was better for the planet, better for them and better for everybody,” says Rigney.

A native of Kankakee, Ill., Rigney moved west and enrolled Pasadena City College at the dawn of the 1970s, going to school at night while working full time during the day. As he was finishing up his AA degree, he decided he wanted to get some real-life experience before he dove into his college accounting classes.

“I went to the California CPA Society and opened a box full of index cards with job offerings and just pulled one randomly,” recalls Rigney. “It was for a bookkeeper at a business management firm. I didn’t even know what business management was. It was total random luck.”

Rigney started working at Jess Morgan & Co. in September 1972. Continuing to study at night, he completed his bachelor’s degree at Cal State Los Angeles and passed the CPA exam, but never became a certified CPA because he didn’t want to take the time to fulfill the work experience requirements. Instead, he went to work servicing the firm’s long list of rock star clients who included Steely Dan, Linda Ronstadt, Warren Zevon, Emmylou Harris, Tina Turner and Lionel Richie.

“I started running the accounting department, so I ended up being the guy that took care of all the tours,” says Rigney. “Sex and drugs were so prevalent, it was just ridiculous. I was on the road at 26 with Leon Russell and seeing that kind of stuff was pretty shocking to me.”

Some clients, including Turner, were inspiring. When she escaped her abusive marriage to Ike Turner in 1976, she was forced to abandon concert dates she had contractually committed to, leading to lawsuits and tax trouble, and it took her years to work herself out of debt and back to pop music relevance.

“She worked the hardest I’ve ever seen a human work,” recalls Rigney. “I remember the day she got out of debt, and it was magical.”

As the years passed, Rigney found he had acclimated to the rock and roll lifestyle all too well; the effects were exacerbated by overwork and regular shouting matches with his boss.

“I was wanting to make partner, so I was doing it all,” he recalls. “Then I kind of gave up the party scene and started taking care of myself, getting healthy … and one day I decided I couldn’t do it anymore. I learned from really good people, but I needed to grow up.”

Once on his own, Rigney managed to round up some clients. He had Carrey, who had come into his orbit in 1983, when Ronstadt asked the then-21-year-old comic to open dates on her Canadian tour and instead wound up dating him. He also had Ortega, writer John Mankiewicz (“House,” “House of Cards”), director Aaron Lipstadt (“Bosch,” “Bull”) and songwriters Peter Rafelson and Brock Walsh, the latter a onetime Ronstadt backup singer, all of whom are still with Rigney today.

“I’d go to a lawyer or an agent and say, ‘I started a firm and I really need clients,’” remembers Rigney. “Some people in the movie business actually responded to that. In the music business, not so much. That actually saved my life, because the music business went away.”

Friedman was a senior at Cal State Northridge in 1983 when he answered a job board posting for a part-time intern at Jess Morgan & Co. Rigney interviewed him, and he got the job. Four years later,

when Rigney left the company, Friedman assumed many of his responsibilities and, as time went by, he began to feel the same frustrations that drove Rigney to go independent. So, in 1993, Friedman joined John Rigney Business Management and it became Rigney/Friedman.

But the firm was struggling to make ends meet. “I didn’t make any money for a year,” says Friedman. “It was so stressful.”

The biggest client at the time was Lindsay Wagner, known for series “The Bionic Woman,” who was starring in a string of TV movies. Carrey had gained some traction as a member of the ensemble cast of the sketch comedy show “In Living Color” and managed to land starring roles in two upcoming movies. But when the first, “Ace Ventura: Pet Detective,” came

out in February 1994, Entertainment Weekly gave it an F grade and critic Roger Ebert called it “a long, unfunny slog.”

“I read a review that said, ‘it’s only February and we can already put this on the list of the 10 worst movies of the year,’ ” recalls Friedman. “I was like, ‘oh, my God.’ A week or two before his managers had declined an offer for him to make a movie for like $1 million. Then on Monday morning after it opened, we got to work and on the cover of Variety it said ‘Ace Ventura,’ number one movie in the country. A week or two later, he signed to do ‘Dumb and Dumber’ for $7 million.”

Soon, the firm was signing other hot talent such as Carrey’s fellow “In Living Color” cast member and “fly girl” dancer Jennifer Lopez, who became

a star with 1997’s “Selena,” and Quentin Tarantino, hot on the heels of his success with 1994’s “Pulp Fiction.” Four years later, they signed Jackson, the movie’s Oscar-nominated star.

A few months prior to the 2007 merger, Rigney hired his son-in-law Mark Cattalini, who had been a controller at Precision Productions + Post, where he dealt with

everything from insurance to music licensing and occasionally filled in as a line producer.

“He said, ‘If we start working together, I hope you’re either really good or really bad, because if you’re just mediocre, it’s going to be awkward,’” remembers Cattalini.

Rigney’s reputation for being a highly driven, blunt, straight shooter in the office is almost overshadowed by his legendary prowess as an athlete. Whether its running, mountain biking, race car driving or ping-pong, Rigney excels. He’s also an avid pilot with his own Beechcraft Premier 1A jet who’s flown around Cape Horn between South America and Antarctica and a mountain climber who’s made two attempts to scale Mt. Everest, the second of which almost killed him.

“Two weeks before the [L.A.] marathon, John will bring some tennis shoes to work and say, ‘OK, I’m gonna run again this year,’ and he hasn’t run all year,” says Friedman. “Then he runs the marathon and doesn’t run again.”

In spite of all the years and all the miles, Rigney has no intention of quitting anything anytime soon.