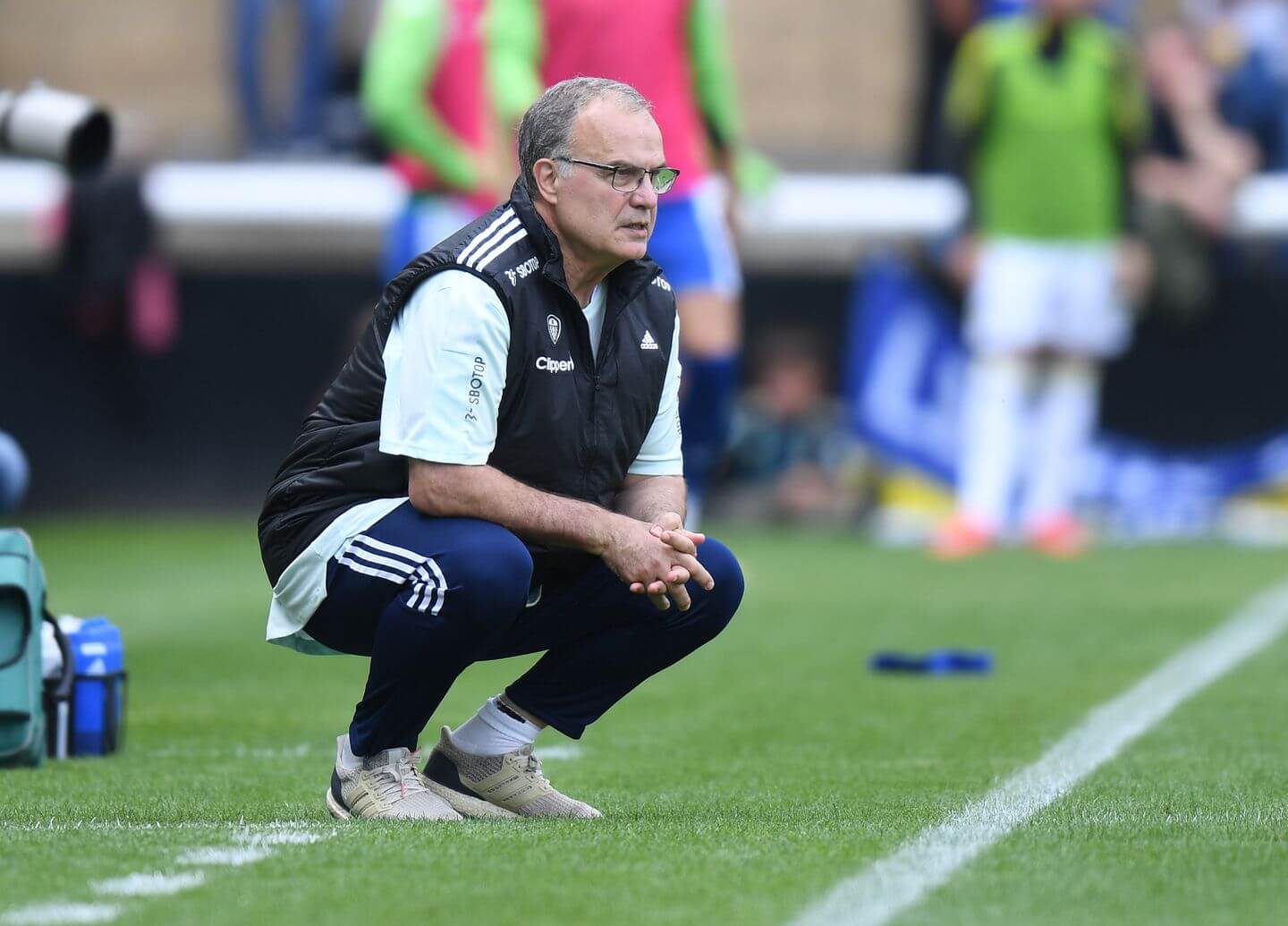 Marcelo Bielsa believes Leeds are probably done with their incoming transfer business for the summer window.

Leeds have made two senior signings this summer, adding Junior Firpo from Barcelona and goalkeeper Kristoffer Klaesson from Valarenga.

They have also added a number of young players to be used at under-23 level. These include Lewis Bate from Chelsea and Sean McGurk from Wigan.

The Athletic understands they moved for Conor Gallagher, who joined Crystal Palace on loan from Chelsea, and have previously discussed a deal for Huddersfield Town’s Lewis O’Brien. Huddersfield valued O’Brien at £8 million and no fee has been agreed.

But Bielsa has now admitted Leeds, who lost 5-1 to Manchester United in their opening game of the season, are unlikely to make any more signings before the transfer deadline.

He said: “It’s not probable that any more signings will be made. I’m happy with the players I can count on at the moment. It’s the same group as last season with the substitution of Firpo for Alioski.

“The young players who accompany the team have another year of experience. If we have the option to bring another player in we will do it has long as that player is able to challenge the player who already has that position.

“Signings that strengthen the team means a player has to compete with players who already have a position. That means there’s a very high cost to these.

“With regards to this situation, if players don’t arrive there’s disappointment that they don’t arrive.

“If there are signings but they’re below the level of the players we already have, there’s disappointment because they’re not up to standard.

“The situation is to find players who can overcome the players we already have at a low price. But to say a low price also means a high price. Low prices at the moment are prices which are very high. For good players, the prices are inaccessible.”

He later added: “Yes we need more players but only players who are better than what we have, who we can buy. This club have invested. It’s not like this club hasn’t invested.

“This group last season made a contribution which means they were justifiably top half. What happens is that when you lose a big game 5-1, it generates uncertainty and the questions you ask.”