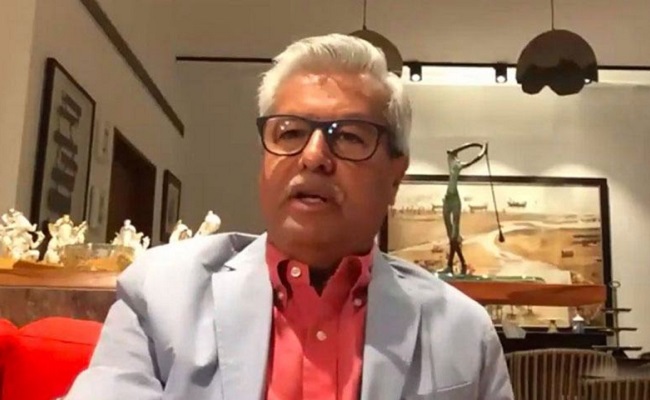 The Andhra Pradesh government has defended its decision to borrow money from banks through AP State Development Corporation, stating that it had not violated any Constitutional provisions in the process.

Senior advocate Dushyant Dave arguing on behalf of the state government said this in his counter affidavit in the state high court hearing a Public Interest Litigation filed by Telugu Desam Party legislator Velagapudi Ramakrishna and another petitioner.

Dave contended that the PIL was nothing but a political interest litigation petition to create hurdles in the functioning of the corporation.

The high court bench headed by Chief Justice Arup Kumar Goswami and Justice Ninala Jayasurya observed that it will take up the matter for hearing, without any further adjournment, on September 6.

The counsel for the petitioners contended that there are Constitutional issues raised in the petition and therefore further material is required to be placed before the court for comprehensive adjudication.

Arguing on behalf of Ramakrishna, senior counsel Basava Prabhu Patil said the state government’s move is in violation of the Sections 12(1), 12(4) and 12(5) of APSDC Act are in violation of articles 21, 204 and 266 of the Constitution.

The petitioner’s counsel said that the sections, which pave the way for the state government to deposit money collected from various taxes into the account of APSDC instead of depositing in consolidated fund, are against Articles 266, 202 and 204 of the Constitution.

“The state government has even created an escrow account by pledging future revenues of the state to avail of loans from financial institutions. The state showed the tax amount deposited in the APSDC account as its revenue which otherwise would have been deposited in the consolidated fund, which is illegal,” he said.

Dave, however, clarified that the tax revenues were not being directly deposited in the escrow account of APSDC.

The tax revenues would first go to the consolidated fund and from there the government is allotting funds to APSDC.

“As such, there is no violation of Constitution,” he argued.