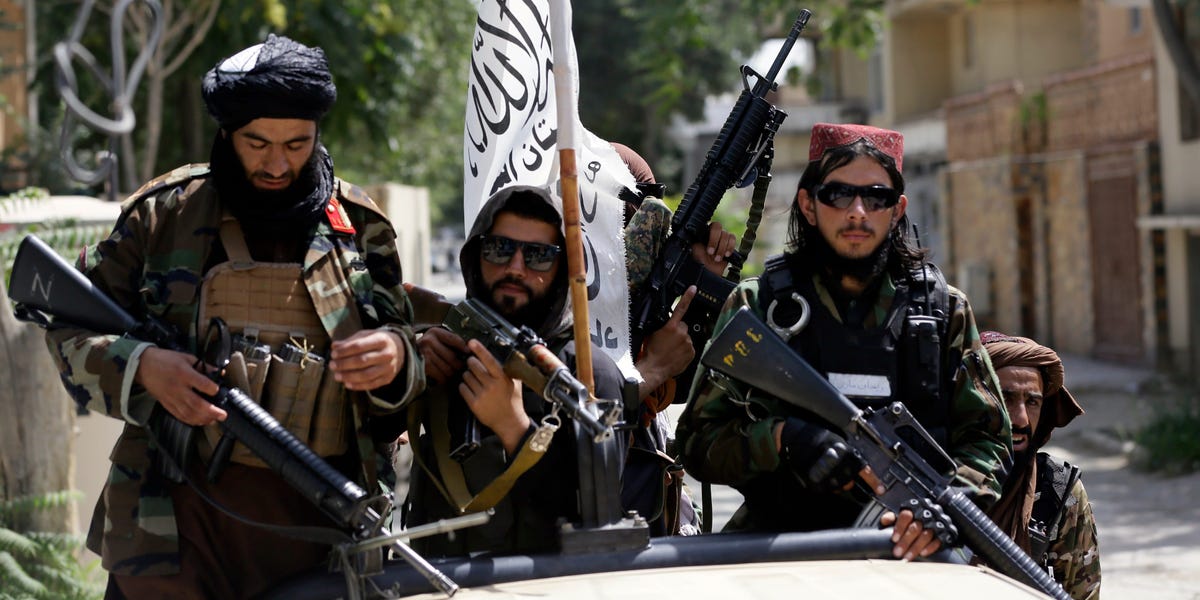 The Taliban may have seized control of Afghanistan — but for now, the group can’t access the nearly $10 billion in reserves in the country’s central bank, most of which is reportedly held by the

Last week, Taliban members attempted to inspect Afghanistan’s billions of dollars in foreign reserves, only to be told by officials at the country’s central bank, Da Afghanistan Bank, that they could not access it because it was being stored by the Federal Reserve Bank of New York in Manhattan, the Financial Times reported.

Regardless, most of the central bank’s roughly $9.5 billion in assets were frozen by the US last week after the Taliban swiftly took control of Afghanistan following the stunning collapse of the Afghan government.

The Taliban “realize they don’t have the expertise they need,” Omar Samad, a former Afghan ambassador to Canada and France, told the Financial Times, adding: “They are reaching out to technocrats and renowned Afghans. They know they are going to need these non-Taliban figures in their government.”

Ajmal Ahmady, the former acting governor of the Afghan central bank, said last week that a stash of about $7 billion of the central bank’s reserves was held by the Federal Reserve Bank of New York, according to The New York Times.

“As per international standards, most assets are held in safe, liquid assets such as Treasuries and gold,” Ahmady previously said on Twitter.

A spokeswoman for the Federal Reserve Bank of New York would not confirm the $7 billion figure to Insider, saying in an email Wednesday, “As a matter of policy we do not acknowledge or discuss individual account holders.”

About $1.3 billion of the Afghan central bank’s reserves are held in international accounts, with some of it in euros and British pounds, while the rest is held by the Bank for International Settlements based in Switzerland, Ahmady told The Times.

With most of Afghanistan’s central-bank assets frozen by President Joe Biden’s administration, the Taliban is left with little cash and faces a financial crisis.

“We can say the accessible funds to the Taliban are perhaps 0.1-0.2% of Afghanistan’s total international reserves. Not much,” tweeted Ahmady, who also warned of sharp inflation and a depreciation of the national currency.

Meanwhile, an anonymous official in the Biden administration told The Washington Post in a statement last week, “Any Central Bank assets the Afghan government have in the United States will not be made available to the Taliban.”

UK Prime Minister Boris Johnson said Tuesday that Western countries had “huge leverage” to get the Taliban to allow Afghans to leave the country even after the Biden administration’s August 31 evacuation deadline — and it includes the withholding of significant funds.

“The No. 1 condition we’re setting as G7 is that they’ve got to guarantee right the way through, through August 31 and beyond, safe passage for those who want to come out,” Johnson said after an emergency virtual meeting of G7 leaders, according to Reuters.

“Some of them will say that they don’t accept that, some of them I hope will see the sense of that, because the G7 has very considerable leverage, economic, diplomatic and political,” the prime minister said.

The Taliban have said the US must finish its evacuation of people from Afghanistan by the August 31 withdrawal date and that it will not accept any extensions on the deadline.