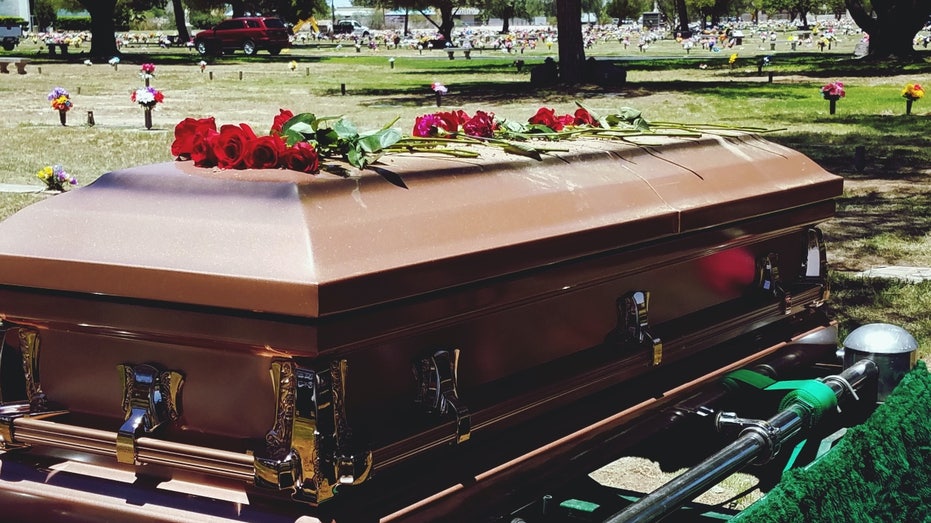 A used casket was reportedly traded in for a cash loan at a pawn ship in Aurora, Colorado, as the U.S. economy continues to decline.

Scott Pasternack, who runs Pasternack’s Pawnshop in Aurora, said the used coffin was traded in during the past year and that other typically personal belongings have been pawned off recently, according to local Fox affiliate KDVR.

The coffin is now reportedly being sold for $499.

“Our loans have gone through the roof with the economy being much lower and people needing more money,” Pasternack said.

An Aurora man who spoke to KDVR on condition of anonymity said he is pawning his personal belongings much more often because of present economic woes.

“As times have gotten tougher, and inflation rates, have caused me to come in once a month now selling things,” he said.

INFLATION’S IMPACT ON CONSUMERS IS ‘DEATH BY A THOUSAND CUTS’ FOR DEMOCRATS: STEVE FORBES

President Biden walks on the South Lawn of the White House before boarding Marine One on Feb. 10, 2022, in Washington, D.C. (AP Photo/Patrick Semansky / AP Newsroom)

The Colorado pawn shop has been seeing more white-collar customers coming in to pawn off their possessions, according to the outlet.

Roxi Kessler, who is one of the pawn shop’s customers, told KDVR that she was excited about being able to afford a used vacuum cleaner.

At least 30 million unbanked or underbanked American households use pawnshops each year, according to the National Pawnbrokers Association.

President Joe Biden speaks during a visit to a family farm in Kankakee, Illinois, on May 11, 2022. (Taylor Glascock/Bloomberg via Getty Images / Getty Images)

The National Pawnbrokers Association told KDVR that the average amount people will borrow is about $150, and 85% pay that money back with interest and usually get their possessions back.